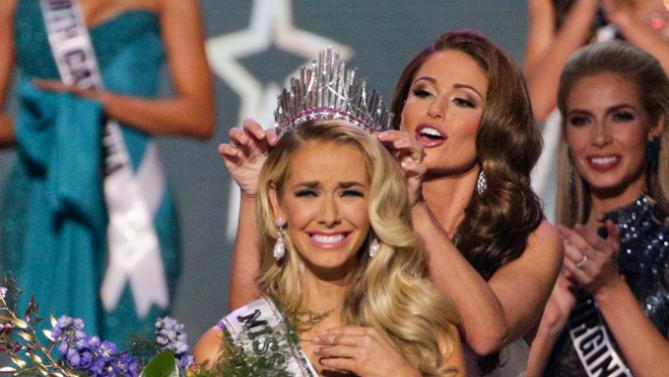 Olivia Jordan is a dazzling beauty and predicted title holder and winner for this year Miss USA 2015. While most aspiring queens use the pageant platform to propel their careers, Olivia came with bells and whistles of her own. Olivia has appeared in several national/international commercials and feature films, most recently, Hot Tub Time Machine 2. She walked for Sherri Hill in New York Fashion Week 2015 and she walked for Miami Mercedez-Benz Fashion Week Swim 2014. Olivia’s editorial print work has been featured in Cosmo, Shape and Vogue Japan. As a recognizable model and actress, some people argued that Olivia had an upper hand in the races having own for previous titles (Miss U Miss Oklahoma USA ’15,  Miss California USA ’13, Miss World US ’13 and Miss Beverly Hills US ’13). 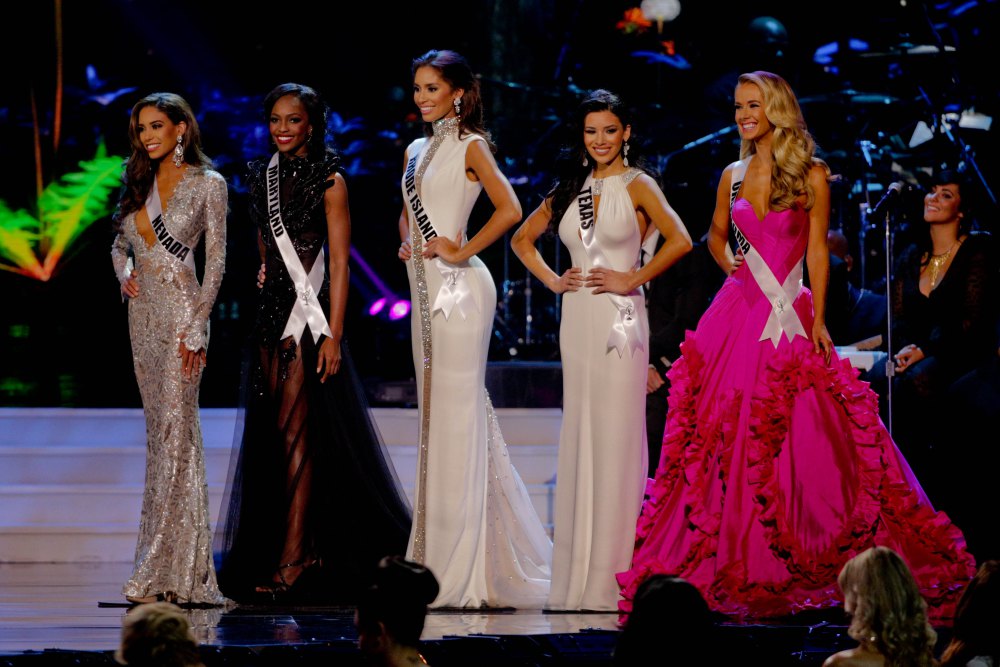 With stiff competition standing beside her, the one to bet was certainly Miss Rhode Island, Anea Garcia. Garcia was adopted by her grandmother because her mother had been raped at age 13, and “a child can’t raise a child.” Garcia’s grandmother has done an excellent job raising Garcia who is currently a double major at Roger Williams University in Bristol, Rhode Island on a full tuition grant. Everyone had high hopes for flawless Latina until things took a sharp turn.

That’s a very good question. I think it’s a balance of both. We definitely need… I’m sorry will you please repeat the question once more?

Conner repeated the question and in Garcia’s second attempt when like this:

“I think that it’s a balance of both” she repeated, after a long pause. “We need the people to remind us, especially politicians, to remind us what to do and when to do wrong.”

Unfortunately Garica’s  30 seconds were up.

Miss Nevada, Brittany McGowan, was the next contestant to stumble out of the race (literally).

Her question was from Crystle Stewart, Miss USA in 2008.

What would you do to improve race relations in the U.S.? Please be specific.

“What I would do to improve race relations in the U.S. is get more races grouped together and be able to be with each other in a … in a non … let’s see … I apologize,” she says before finishing her answer. “I think what we need to do is bring — we need to be more accepting of each other and we need to bring people together, that’s what I think we need to do.”

Miss Nevada attempted salvage her answer during the second round of questions. McGowan shoe-horned a double whammy  when asked which American woman should be on the $10 bill:

“I would love to see Rosa Parks on the $10 bill. That would be fantastic. As an African-American woman, I feel connected to her, I owe to her, I’m here because of her. It would be fantastic,” says McGowan. “I think it would be amazing to see Rosa Parks on the $10 bill. And I’d like to say that race relationships should be helped, it starts at the home. So I think if we just continue to bring respectfulness from home, we’ll solve it.”

But Miss Nevada doesn’t go home empty handed but returns to her lavishing career as actress and a model. Some of her work included numerous national commercial and print campaigns for major companies such as Sketchers and LA Fitness.

If you’re wondering what happen to Miss Maryland and Miss Texas :

Q: “The United States has agreed to formally reopen its embassy in Cuba. Do you think this change will be a positive one for both countries?”

A: “I think that it will be a positive trade. I think that it is an awesome thing to open our doors to all countries, all nations and to mend our relations with everyone. We should not be holding on to old grudges. We should be moving forward and accepting each other and loving one another and moving forward so that we can create better relations, better society, better govern — govern our countries better that way.”

Q: “Last year, CEOs in the United States made around 300 times as much as the average worker salary. Should the government impose boundaries on salaries of executives?”

We wish all of the ladies lucky and look forward to cheering our very own, Charity Gachenge as he competes for Miss DC, USA2016.  Like her pubic page for more updates.