While Charlie Sheen is #Losing, You Can Be #Winning 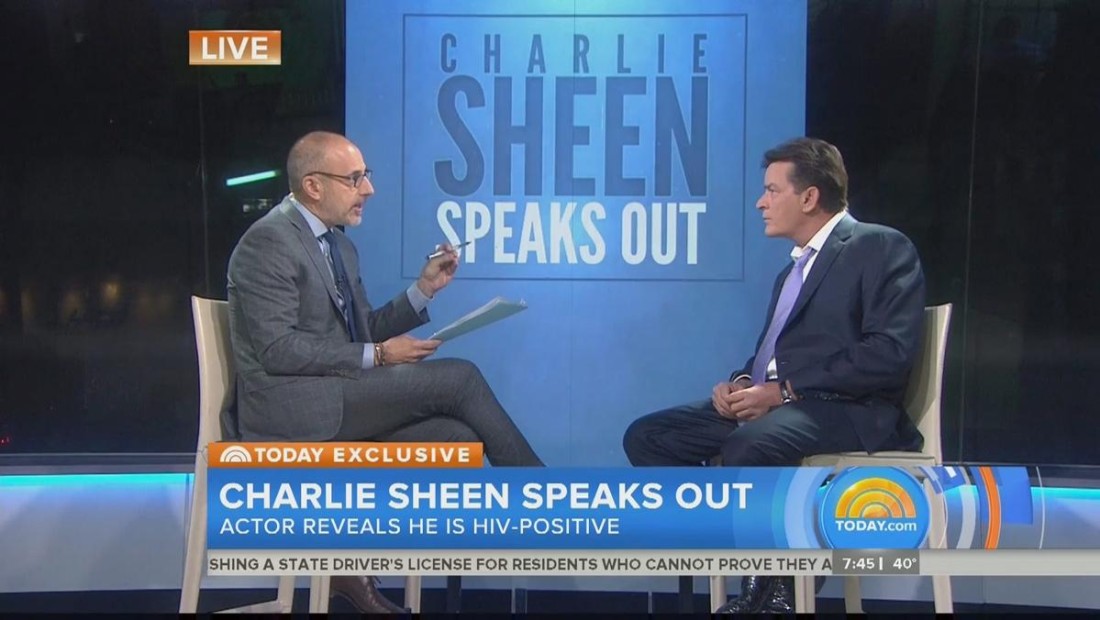 For the past 20 years, Charlie Sheen has allegedly assaulted, threatened, harassed, abused, and—in one incident—shot a woman. After a notorious partying, wild lifestyle, and battle with addiction, Sheen revealed he is HIV positive in an exclusive TODAY interview with Matt Lauer.

While millennials and younger generations cast an HIV status off like it’s a cold sore, people with HIV are prosecuted for not disclosing their HIV status to their sexual partners. That’s even if the transmission risk is minimal or non-existent. In fact, they often face more severe charges and sentencing for assault, sex work, or other crimes just because they have HIV. “Charlie had sex with multiple partner since learning his HIV status without informing them of his potentially deadly HIV infection,” one source told The ENQUIRER.

The most grotesque situations occur from overly, sexually fluid people like Charlie Sheen who spread infections like wild fire. Sheen boasted that he has had sex with over 5,000 partners and reports allege that he spent 1.6 million in one year on sexual activity. The gravity of this situation is that Charlie Sheen was had sexual relations with men, women and transgender people. I honestly don’t know what to label such a multitude but the damage extends well into the numbers in terms of the exposed pool. To make matter worst, Sheen said he was diagnosed roughly four years ago, but doesn’t know how he contracted the virus.

Hollywood is truly a trip.

Although there was no precedent, the world was calling the President to revoke the Presidential Medal of Freedom for comedian Bill Cosby, who has been accused by several women of sexually assault. But a few short months after a rehab stint—on the heels of his Christmas day arrest on domestic violence charges against ex-wife Brooke Mueller— Charlie Sheen signed an agreement in May 2010 to return to Two and a Half Men for another two years for a reported $1.8 million per episode. Furthermore, the Tiger Woods scandal cost shareholders of Nike, Gatorade and other Tiger Woods sponsors lost some $5 billion to $12 billion, according to a new study by researchers at the University of California, Davis. It might have been cheaper to continue paying people than facing law suits and criminal chargers.

More than 1.2 million people in the U.S. are living with HIV or AIDS. If you are worried about HIV, you can take steps to protect yourself from the HIV infection. In the name of free Sex Ed class, here are ways to reduce your risk of getting HIV.  Follow P.A.U.S.E Project for more information.