Leah Remini attacks Tom Cruise and Scientology In a Tell-ALL 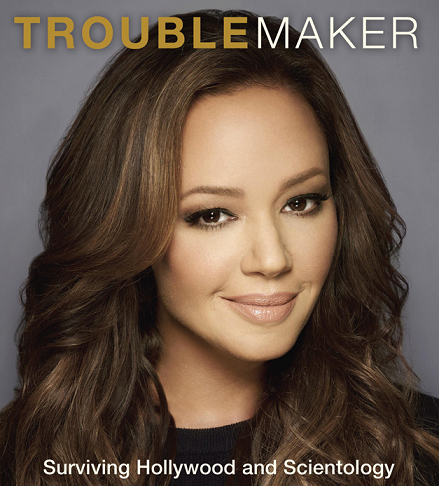 Unlike many Scientology members, Leah Remini spent 3 decades starting from the age for 8 practicing a religion she later began to question. Many people are calling Leah’s openness, courageous in memoir Troublemaker: Surviving Hollywood and Scientology. However, Leah insists that she is not afraid for her family’s safety.

In the book, Leah reveals the amount of money she paid during her thirty plus years, “I spent close to $2 million for services and training, and donated roughly $3 million to church causes.” Along with Oscar-winning screenwriter, Paul Haggis, Leah confirms rumors of a jail center called the Rehabilitation Project Force. The church even tried to get J-Lo, best friend to Leah and who’s father was a Scientologist, to join the church. Leah’s shocking revelations in her new book makes inquiring minds want to learn more about this whole Scientology thing.

Troublemaker: Surviving Hollywood and Scientology already hit shelves but below are excerpts from her book that has some people’s eyes bulging. Certainly mine!

‘Oh, did everybody hear that?’ I said, looking around at the table, where everyone else was dead quiet. ‘Honestly, Sharon, it would be in your best interest to just back it down.’

‘Or what?’ I said incredulously.

‘Or you’re going to get your low-life Mafia family after me?’