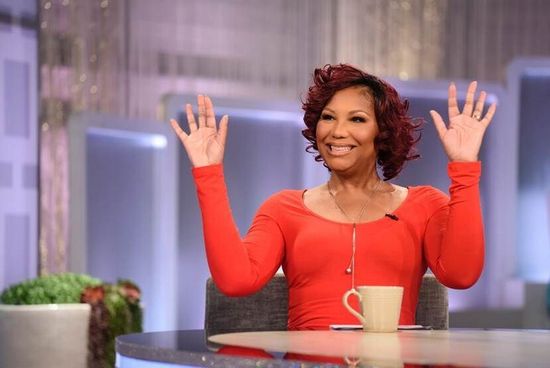 It has been a rough couple of months for Tamar Braxton. If you have been watching the Real than you know Tamar has been m.i.a. for some time due to recent health concerns and there is no telling when she will be back. Now if you’ve been watching Wendy Williams, then know they spilled the tea on the Braxton sisters feud with Tamar.

An insider shared, “There has been serious family tension among the sisters for some time. While it has been chronicled on their reality show — it is even worse in real life.” The current situation has left Tamar on one side and her whole family on the other, “It is pretty much all of the sisters versus Tamar at this point and her signing up to do Dancing made their relationship worse.”

The biggest feud is said to be with Towanda Braxton who has been working hard to get into “Dancing With the Stars.” When Tamara was asked to join the show, not only did she accept the offer but she also hid it from her sisters. The source added, “When they announced on Good Morning America that she was a surprise addition to the cast lineup this season, it was the first her sisters had heard of it. None of them reached out to congratulate her because they were all appalled she would betray Towanda in this way.”

Now back to the Real.

They sent Trace, the only sister that can’t compete with Tamar, on the Real to clear up the rumors. She sounded convincing but everyone who has watched the “Braxton Family Values” on WeTV has seen the drama unfold. Traci’s appearance on the real had an adverse effect, viewers learned the Tamar experience might not be one of a kind as the other Real co-host were quick to comment that Traci sounded just like Tamar.

Now it’s safe to say that Traci is no real threat because she is a little well… you can watch the clip for yourself. But like Wendy mentioned in Hot Topics, she would never let anyone sub for her or sit in her chair.Watch Full Movie Online Streaming Online and Download

We wish Tamar a speedy recovery.