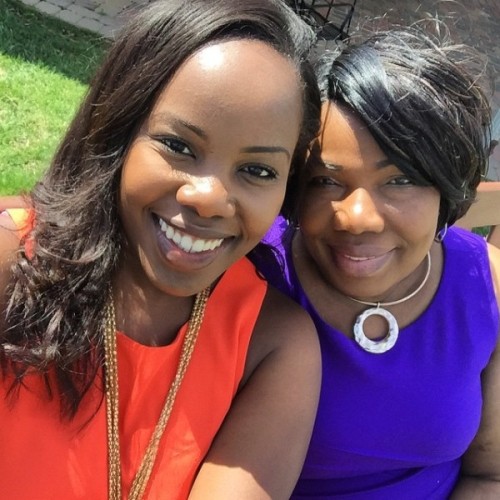 Life around this time of the year can be extremely unpredictable. So many factors come into play from your finances, relationship status, family status, job status, the weather, the quality of your car battery, the heating bill, excessive weight gain and so much more. But of them all, your relationship status seems to be the most bothersome as we leave Thanksgiving and head into Christmas, New Year and Valentine’s Day. Even for the satisfied singles, four months is too long and too cold of a wait for the ”Spring Fling” season to begin.

Now I am not ready to say that being in a relationship is better than being single. My mother, on the other hand, spared no air repeatedly telling me that it is not good to be single. She went one step further to say, once I hit 25, I’ll be no good and that her and I will be competing for the same men (it’s OK to laugh because I busted out in laughter myself). My immediate response was seriously, mom, 25 is still very young. And I am not going to let you presser me into a commitment.

Of course she had to explain, and again, without sparing any air neither an opportunity for me to chime in. The conversation pretty much ended with her sympathy (or should I say empathy because the apple doesn’t fall from the tree). Since I didn’t get a change to say a thing, I thought I’d have this conversation with you all.

Honestly speaking, I’ve been in the dating world for 2 years and I am a few months away from 25. That’s just not enough time to figure out what I want. At least that’s what I told myself until my mother hit it on the nail for me. You have to keep dating and don’t stop until you find the one. If I had spent two years casually dating, by 25 I would have had a greater likelihood of being with the right one. But getting in mini committed relationships has exhausted me of finding the one and now I just want an extra extended break. Looking back, I can without a doubt say committed relationship are not for the young and boisterous. And that dating isn’t casual sex, it’s getting to intellectual know multiple men at the same time. In this day and ages, it’s paying for your own meal and not owing him anything.

2. Do not date handsome men.

I laugh every time my mother says this because she mentions one guy in particular whose name she can never remember—Hey Freddy. Freddy and I were just friends; however, I brought him by mother’s house as we were carpooling to a party together and I wanted to see my mother on her birthday. All of my mother’s friends were up in my grill asking me about Freddy and reassuring me that they’d take him if I didn’t want him. I had to snap my head back real quick just so I could see what they were salivating about. Admittedly, he was tall, dark and handsome but I hadn’t know him long enough at that point to be groggily eyed. Needless to say, that guy went completely ghost on me and to this day I don’t know what happen. But I do know that he hit me with the line “I am relocating with my job”, but my sister has seen him around town quite a bit.

But every time Freddy becomes the lead star in my mother’s narrative about why you should not date handsome men, I offer my around of applause. As my mother says, handsome men will give you venereal diseases because they have sex with a lot of women. Women with disease will give them to handsome men out of revenge. Handsome men will make you chase them forever while they continue chasing more women. And lastly, you will be up all night worried about women looking at your man. The last statement was true as it pertained to Freddy. I would have been in defense mode 24/7.

3. Being single is not meant for anyone.

My mother has been through her fair share of divorces but has never been tired of finding love. I know my father didn’t make it easy for her as a wife and a mother but for what it was worth, she tried to make it work. As Tamar Braxton’s mother, Evelyn Braxton, says sometimes you need some to get you someone Advil in the morning. Truly the sublet attributes of a relationship are so sweet. I love having a cup a green tea every morning and it would be so nice to have someone bring it to me. It can “almost” make you accept the good with the bad –almost. I also don’t have the biggest support system so that one person can be enough when I see them cheering me on. If anything, being in a relationship is like having a solid buddy system at its best.

4. If you’ve gotten this far with him, stay with him.

Now I don’t agree with this statement. My mother is good at seeing the quality of a man but it’s hard to give advice when you don’t have all of the necessary information. My mother is pretty much banking on me to be the “normal” on in a family filled with horrible relationships and mess on top of mess. Despite her not taking credit for me being spoiled, she is afraid I will never find a man who can handle me. It makes me laugh and sad when she say that because I accept that I can be very aggressive and dominant in a relationship. It is a defensive mechanism and as a young lady trying to make it in this world and having been taken advantage of, I am not ready to shed that layer just yet. I still have room to grow and the right person will bring the woman out in me. I would never suggest staying in a relationship, especially when you don’t have children involved.

5. Look for a man with potential.

Alright, I guess I have to take another past boyfriend down with this point as my mother never fails to remind me of Festy who is now married and gone with the wind. I was dating Festy in college and as a typical African man, academics were important to him. I’m no lump on the log myself, but I knew how to have a good time. After he graduate college, he immediately began studying for his CPA. It was the summer time and I wanted to go out and dance. First of all, I don’t know why I tell my mother all of my business but she was quick to tell me to have some patience and let him build himself up as a man. But I am an Aries and I can only wait for as long as I can hold my breath. So trust that I was not about to turn blue in the face for this one. He was actually pretty handsome, the cutest of all of the ones I’ve dated, but just too focused on everything but me. I was hesitant to leave him because everyone, and I mean everyone, praised the man he was and how lucky I was. Fast forwarding, Festy and I broke up, he got a really good job and a wife and well, I’m just here writing this blog post. (It’s OK to laugh.)

My Mother said that you can’t be crying for a dinner at a fancy restaurant now without looking at the bigger picture—you could be having a chef cooking in the kitchen in your big house. You have to support a man through his potential for the ultimate reward and not be so greedy and demanding. I do agree with this but ain’t nobody got time for that.

Despite my unfortunate dating mishaps, I am actually a pretty cool chick who loves adventurous sports and the feeling of sand under my feet. I will probably continue to keep my mother involved in my dating life for the humorous aspect which her opinions offer despite the jabs. I don’t know, I even  might start bring random guys home to see what she say about them afterwards even if I am not interested in them. It could be pretty amusing.