Frenemies: Obama and Modi Only Option 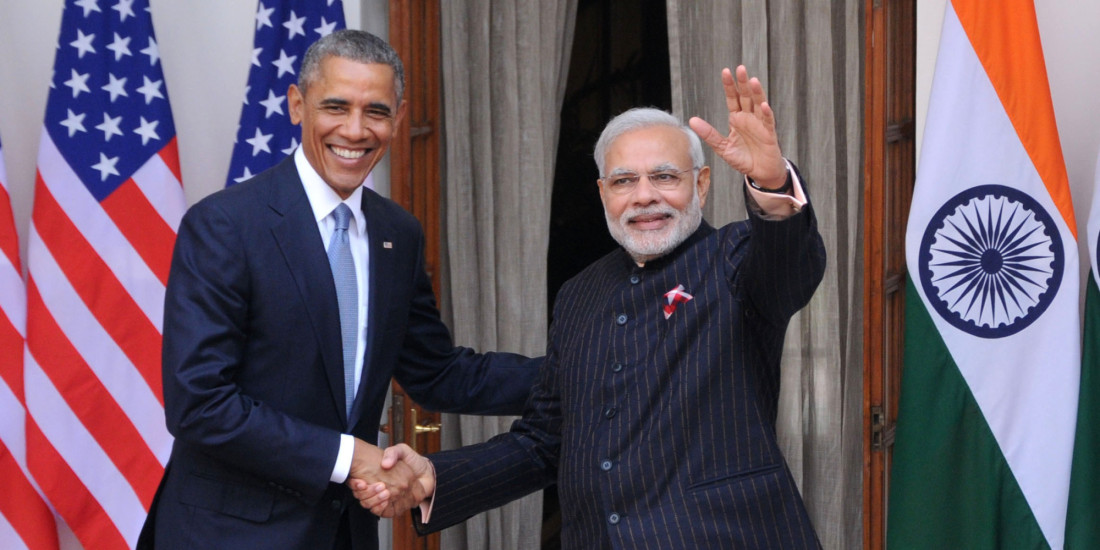 VIENNA — Iran sat across a group of six nations led by the United States to reach a historic accord which Israeli Prime Minister Benjamin Netanyahu calls a “historic mistake.” As the deal makes it way to Congress for a 60 day review period, both Democrats and Republicans are skeptical that any deal can truly be made with Iran.

Key Democrats likes like Chuck Schumer and Jon Tester held their support in demand for more verification. Tester comments “Look, I don’t trust these guys. I want to make sure that whatever ever agreed to, we’ve got verification that’s going to happen.” Obama responds to the speculation with confirmation that he will veto a bill that would undo the agreement. With wish-washy Hillary now in full support of this deal, her candidacy is pivotal in ensuring this deal stay in enact: “I am very proud of the role I have played in building the coalition and the sanctions that brought Iran to the negotiation table.” This could be as equally troubling for Hillary’s Jewish supporters who feel that in retrospect the deal will help Iran and harm the Israel’s. The specific details of this deal have not been release, however, Obama comments in an interview with the New York Times that his administration is going to offer the Israelis more support than they have ever been given.

Former President, Bill Clinton, was unsuccessful in repairing ties with the Iranian people but hope that a time would come when the US and Iran could “enjoy good relations.” In 2007, Hillary shared opposing thoughts and supported a Senate measure opposed by Obama to designate the Iranian Revolutionary Guard Corps a terrorist organization. In her 2014 memoir, “Hard Choices” she lamented about the 1979 Iranian Hostage Crisis that tarnished the American perception of Iran people. And just last year as senator of New York, Hillary commented, “I voted for every sanction that came down the pike against Iran.”

Although verbally expressive with her disregard toward Iran, in 2009 Hillary made a trip to Thailand that laid the ground for this is deal. “We know there are also growing concerns about military cooperation between North Korea and Burma, which we take very seriously,” she said at a news conference in the Thai capital. “It would be destabilizing for the region; it would pose a direct threat to Burma’s neighbors.” In an off the record conversation, Hillary use UN sanctions as leverage to compel North Korea to return to the negotiating table over its nuclear program. The same tactic was use to lure Iran to the negation table 18 months ago.

The deal in laymen terms and as Obama describes is not a deal made on trust. As his critics suggest, it’s a deal made on hope and change. Like Bill Clinton, Obama believe this is a great opportunity to establish boundaries and mend broken relations. Netanyahu is feels that Obama does not understand evil, “Iran is different. It’s a zealot country,” he said. “It’s killed a lot of Americans. It’s killing everybody in sight in the Middle East.” Many Senate members feel this would have been a better deal had Obama negotiated with Iran to remove all of its supply and not 98%. But as Senator Heinrich of the Sate comments “It’s a much better deal than a lot of people would have given the secretary credit for ahead of negations.”