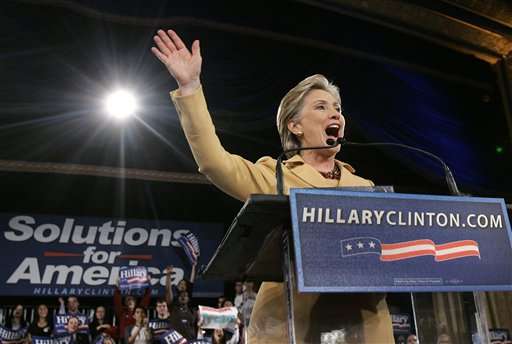 There are a number of events negatively impacting Hillary Clinton’s campaign from her sketchy conduct as New York’s Senator to her wish-washy attitude toward progressive issues.  Just a few months ago, Clinton took the lead in New Hampshire by double digit number.   However, recent New Hampshire polls show Democratic candidates Bernie Sanders and Clinton in a statistical tie.

In fact, Sen. Lindsey Graham snuck in a quick hook and jab at the Clintons whose scandals remain a front in debates.  At the Voters First Forum in New Hampshire, Graham commented, “When Bill says he didn’t have sex with that woman, he did,” he continues, “When [Hillary Clinton] tells us: ‘Trust me, you have all the emails you need,’ we haven’t even scratched the surface.”

Of course that’s political poaching but it certainly works in every candidates favor be it a Democrat or Republican.

# ASKcharity Question:  Hillary has recently been losing her momentum; do you think she can do anything to gain back the voters support?

In 2008, Hillary was the front runner but sunk her ship with indecisiveness and a very messy group of advisors.  The fire continued to run wild as Hillary delayed firing chief strategist, Mark Penn after firing campaign manager Solis Doyle.  Penn urged Hillary to attack Barrack Obama but other staffers suggested Hillary stay positive. When Hillary got the balls to do something, she demoted Penn and promoted former White House chief of staff, Maggie Williams. But by this point, it was too late.

after losing to Barrack Obama in the 2008 primary, Hillary had the 2016 Democratic candidacy in the bag. But if history proves itself correct, Hillary needs to be tactful in her pursuit for the White House on the second and last go around.

What is she doing wrong this time?

Hillary is not fighting to win. And maybe she doesn’t have to with the heaping number of Republican candidates and lack of consistent Democratic competition. Most voters are supporting Hillary by default. I know I supported her in the name of girl power.

But then I took a step back from picking any candidate as Trump’s momentum began shifting the way we as voters view politics. I wanted to know more and get more from Hillary but her devious scandal as New York’s Senator started to weigh in.

For the most part, Hillary has been using Obama as her crutch but that has not proved to be as beneficial as some projected. Obama’s favorability is at an all-time low. After Obamacare, the Iran Deal and his “I’m black and I’m proud” tactics, voters are letting him ride his term out. Bernie Sanders is certainly not real competition.  I just do not think a 72 year old can view the world with fresh eyes or really adhere to the progressive views of diverse millennials.

Voters do not want another Bush or Obama, but something else.  If Hillary wants to gain voters back, then she needs to step up to the plate, and be audacious. She needs to shed the passive aggressive attitude that makes woman undesirable leaders.