There are entirely too many issues that surface when trying to justify the reason white supremacists what to know if a person is black. It’s a peculiar almost dumbfounding way of discrediting an entire person solely based on an accepted misuse of the word black. In every culture and race there people of various shades that it’s inappropriate to take the word Black as a noun and use it as an adjective to describe a diverse group of people. Black people are not all the same color, and no Black person is the color black.

Race in America is complicated because some white person decided “this is what we will call them”. During slavery, “they” decided to loop all the outsiders together and call them “colored folks”.  Now “they’ve” taken one crayon of the box and labeled us as “black” despite how we originated. Then you have Latinos and Spaniards who are both white and black categorized by the language they speak. The best part are biracial people who are labeled as black. Does that mean if you’re not purebred, you’re not good enough to be called white? To make matters worse, White America created these complicated categorizes but they can’t understand them.

All of this leaves me with great reason to believe that the “brown paper bag test” is not buried in doctrine but in people’s subconscious. What was once used to assess black people that passed as white, is used by white supremacists to identity white people trying to pass as black. But the latter leads me to ask white supremacists “ oh you’re mad or nah?” White supremacist have turned to bullying white people in support of black issues because they can’t bully Black people themselves without being called a racist. This strategy has reached a new extreme.

I am Black so now what ?

For the most part we have all gone along with these categories and recently embraced them. Black people have never been more proud to be Black and it pisses some people off. For those narrowed minded people, we remind them that we are not looking to change their minds but make sure they’re torched with constant positive black reinforcement. If that means some white people might want to be “black”, that’s a good thing. We have not closed our doors to different shades or races. For the first time in a long time the black community is asking “why wouldn’t you want to be black? “

“It is horrifying to me that my most personal information, for the most nefarious reasons, has been forced out into the open and that my private past and pain have been used as jokes and fodder to discredit me and the greater movement for justice in America,”-Shaun King 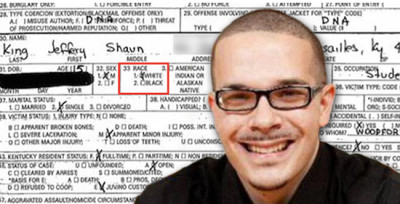