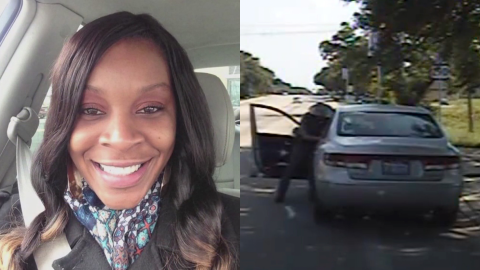 Sandra Bland has become a household name since she was last found alive in a Waller County Texas jail cell. Bland, the 28 old Africa-American woman, found herself in police custody following an arrest for an a minor traffic violation in which she did not signal to change lanes

State trooper Brian Encinia, a 30 year old Hispanic man, arrested Bland for traffic violation which excelled to assault. In the tape released after Bland death, officer Encinia was put on administrative leave for not following proper traffic stop procedures. In a joint investigation by the Texas authorities and the Federal Bureau of Investigation, it was concluded that Bland death was a suicide following Harris County medical examiner report which stated that there was no evidence of a violent struggle. An officer reported speaking to Bland at 7:00am. The camera outside of Bland’s cell was inactive for 90 minutes before the jailer found her dead. At 9:00am an officer reported that Bland was dead.

1. Traffic Violations Are Not An Excuse To Be Searched

An officer cannot detain a person for even a minute longer than necessary for the officer to conduct an investigation on the noted misconduct. Sandra pulled over, give the officer her information and waited for her ticket to be written. According to CNN, the video of Bland’s showed “Trooper Encinia decided to issue only a warning, but before Bland knew she was free to leave, he asked her why she was upset. Then he ordered her to extinguish her cigarette. Bland refused.

Trooper Encinia then ordered her to step out of the car. When she refused that, Encinia told her she was under arrest, saying, “I am giving you a lawful order” and pulling a weapon that looks to be a Taser.” Steven McCraw, the department director at the Texas Department of Public Safety  commented, “We have certain procedures in place, and he did not comply with those procedures. One of the many procedures is letting the individual know in terms of what actions are going to be taken.”

2. The Officers In the Jail Don’t Follow Protocol As Well

They placed Bland in a cell alone because she was said to be “high risk”. If an inmate is considered high risk, the officers are supposed check the inmate for scratches ever 15 minutes and for regular inmates, every hour. Glenn Smith, the Waller County sheriff, told The New York Times that the jail staff may face disciplinary actions for their failures of not putting Bland on a suicide watch, not personally checking on her, and leaving the plastic bag that was fashioned into a noose. The actions “could range from suspensions to transfers to terminations.”

3.They officers Have Insufficient Training

Not only do the officers not follow protocol, they do not have the training required to deal with specific inmates. According to CNN, Texas State investigation on July 16 ruled that Waller County jail employees had not been adequately trained to deal with mental health problems. The staff had not all undergone the minimum of two hours of mental health training required by the state. Officer Encinia had only been on the job for about a year and his previous experience was making ice-cream

Despite the inconsistencies, the answers should have raised red flags at the jail, according to Philip Holloway, a former prosecutor. “They should have been monitoring her very closely,” he said. “They should have gotten more detailed medical information … because they were put on notice … that she had a problem.” The intake forms on were inconsistent and inaccurate. Some forms indicate Bland had attempted suicide by taking pills in 2015, another form filed by a different jail employee said the year was 2015 and another form said she did not.

Waller County Sheriff R. Glenn Smith said “There is absolutely no doubt in my mind” that Bland took her own life.”  Assisted suicide is punishable as manslaughter and someone should be held account for both an arrest that should not have occurred and a death that could have been prevented. Had Bland survived, she would have risked losing her job, suffered the consequences of a criminal record and absorbed the unaffordable cost of due process. Being an officer does not excuse from the law but hold you that much more accountable.