Have you seen the latest polls ? The leaders are shocking. 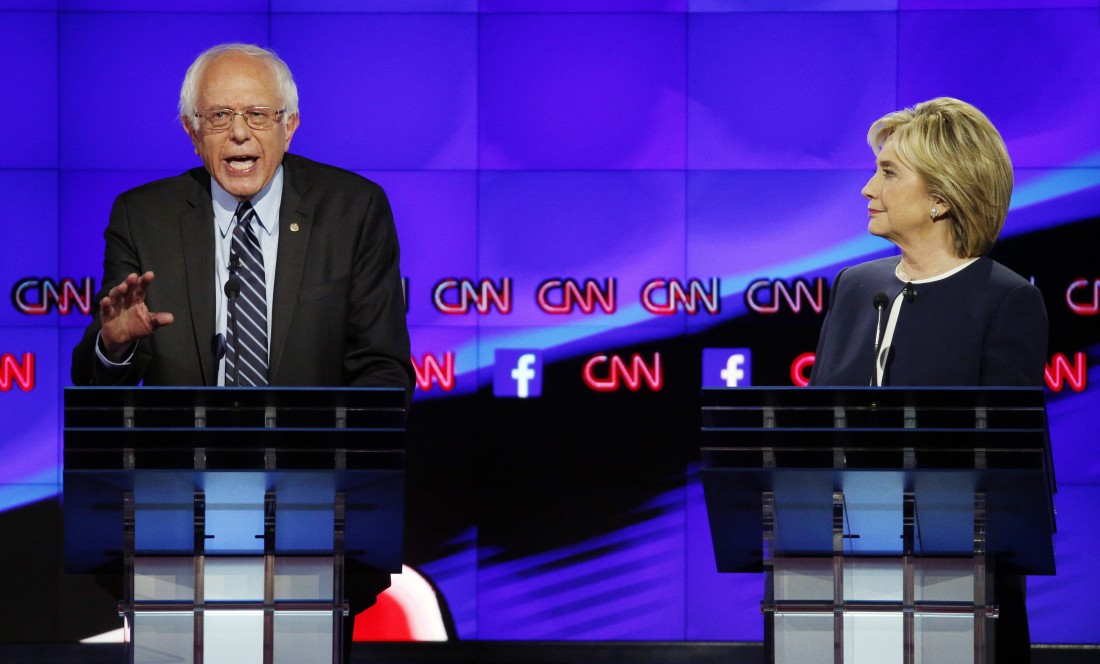 With only three weeks before voting begin, the race between Democratic candidates Hillary Clinton and Senator Bernie Sanders tightens. Hillary hangs on to the lead with a three-point edge according to a new set of surveys of likely voters from NBC/The Wall Street Journal/Marist. The primary reason why Sanders tests better in these general-election matchups is due to his stronger performance with independent voters.

Even more mind blogging are the rapidly changing stats that have yet to identify a clear Republican front runner. Republican candidate, Senator Ted Cruz of Texas has 28 percent of support and Donald J. Trump has 24 percent in Iowa, but Mr. Trump maintains a commanding 16-point lead over Senator Marco Rubio of Florida, his closest competitor, in New Hampshire, the surveys show.

Mr. Rubio is in third place in Iowa at 13 percent, with Ben Carson at 11 percent. The other candidates are at 5 percent or less in the state.

In Iowa, Mrs. Clinton has 48 percent of support and Mr. Sanders has 45 percent as the competition between the two has become more contentious. Martin O’Malley, the third Democratic presidential candidate, has 5 percent in Iowa, meaning he will most likely qualify for the next presidential debate.

But in New Hampshire, the survey also found Mr. Sanders at 50 percent, to 46 percent for Mrs. Clinton.

That margin is smaller than a recent Fox News survey, in which Mr. Sanders led Mrs. Clinton by 13 points. An NBC survey last month showed Mr. Sanders ahead by nine points in New Hampshire.

Gov. Chris Christie of New Jersey, who is hoping for a strong showing in New Hampshire to vault him into contention for the nomination, has 12 percent in the state; Mr. Cruz has 10 percent; and Jeb Bush and Gov. John Kasich of Ohio each had 9 percent.

Mr. Rubio is in third place in Iowa at 13 percent, with Ben Carson at 11 percent. The other candidates are at 5 percent or less in the state.

The surveys also found Mr. Sanders, buoyed by the support of independent voters, outperforms Mrs. Clinton in hypothetical general-election matchups in both states among registered voters.

In New Hampshire, Mr. Sanders, who is from neighboring Vermont, beats all three, while in Iowa he tops Mr. Trump and Mr. Cruz and is tied with Mr. Rubio.