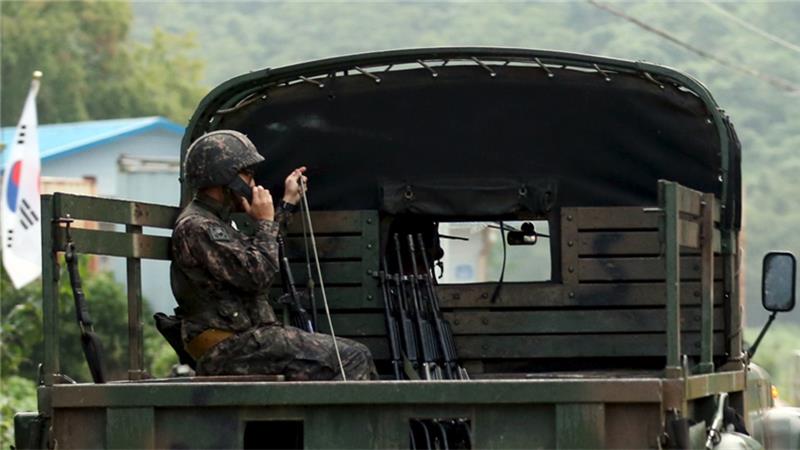 SEOUL, South Korea —Tension in North and South Korea is escalating after South Korea turned up the volume on speakers broadcasting anti-Pyongyang propaganda into North Korea. North Korea did not immediately retaliate but considered the broadcasts a declaration of war, “Now the heroic service personnel and all other people of the DPRK are full of surging anger at the U.S. imperialists’ reckless war provocation moves, and the strong will to turn out as one in the death-defying battle with the enemies and achieve a final victory of the great war for national reunification true to the important decision made by Kim Jong Un.”

The two countries have been in a broil since they divided in half and went head to head in the 1950s Korean War. Their relationship was looking up having celebrated ten months without conflict. But South Korean, with good reason, opened a can of worms resuming a tactic that both sides ceased in 2004. South Korean military official responded by saying the broadcasts will continue. Alongside the military, South Korea’s President Park Geun-hye showed his full support and was quoted telling defense officials to “react firmly.”

South Korea responded aggressively with 36 artillery shells and raised its alert status to the highest level. The New York Times qouted Jeon Ha-gyu, South Korean military spokesman saying South Korea is “ready to respond strongly and decisively to any further provocations from the North.” The United States is said to be closely monitoring the situation as 28,500 military personnel  currently reside in South Korea.

Why Is South Korea Pissed Off?

On August 4, two South Korean soldiers were severely wounded by landmines in the demilitarized zone, the board line area which the two countries share.

The U.S. and South Korea believe North Korea deliberately placed mines in the path of a South Korean patrol. Pyongyang has denied such allegations. North Korea has since demanded the South stop with the boardcast and began conducting a broadcast of its own.

No casualties or damages were reported but both sides are warned of more retaliation to come.

What Is Really Interesting?

The U.S. has always rocked with South Korea the way they have Japan. But these two countries have really put the U.S. in bloody, messy situations with North Korea and China. Speaking of Japan, they are starting their own set of chaos with China. Read more about it here.