I try really hard not to get into the politics of black lives matter or any kind of conversation centered around racial disparity. It’s obvious that many of us are not mature enough to have the conversation. And too often these important conversations end with a headache instead of creating awareness and finding a solution. The latest example being, the Pepsi commercial with Kendall Jenner.

In the ad, Jenner is seen participating in a photo shoot and becomes distracted by a group of protesters. She decides to join them, and toward the end, comes face-to-face with a stoic police officer. She offers him a Pepsi and he accepts the drink before cracking a smile.

The ad was quickly accused of appropriating the Black Lives Matter movement and using social justice to sell soda. The concept was also thought by some to be far too similar to photos of Ieshia Evans, a protester who was detained by law enforcement while protesting in Baton Rouge following the shooting death of Alton Sterling at the hands of police. 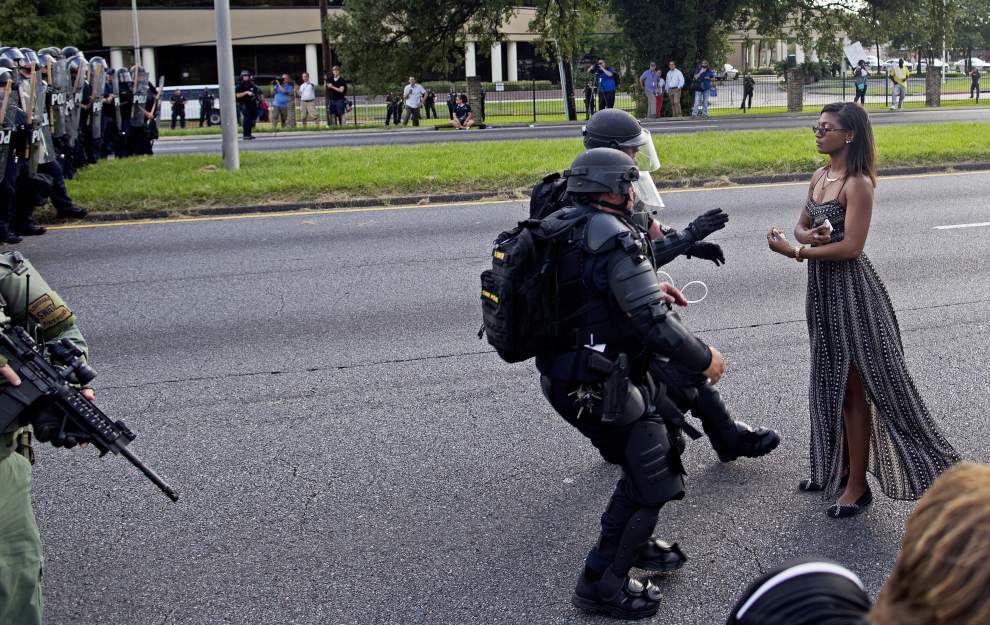 Tabloids, the news, Twitter, Instagram, Facebook, basically every media outlet took the opportunity to attack Kendall Jenner and assassinate her character. Trevor Noah used the opportunity to poke fun at Jenner’s sister Kim Kardashian’s infamous sex tape. “This is so sad. Once again we see a Kardashian in a video being put in an awkward position,” he said on The Daily Show.

Kendall has over 77.8 million Instagram followers with a significant number being white. For Kendall to be a part of a protest and in the capacity of leadership, it was sending a message to her people, not our people.

It’s unfortunate that in America, white folks don’t actually care until they see another white person doing it. For that the black community needs to accept that and stop ridiculing every opportunity a white person makes to stand up for black people’s issues. As a black woman, I respect a white woman making a conscious decision and not being afraid to be in the uncomfortable position of leadership and not the usual comfortable bystander.

Kendall has gone through great lengths to build her own reputation. She is not social media addicted and for the most part she has lived her life with integrity despite having a silver spoon in her mouth.

For those of you who watch Keeping Up with the Kardashian, there was an episode where Kendall wanted to speak against gun violence but Kim Kardashian discouraged her because of the backlash she would receive. Kim’s discouragement came from experience. Furthermore, in this season a man trespassed onto Kendall property and when she found out he had a mental illness, she didn’t want to pursue charges against him. Lastly, in the beginning of Kendall’s modeling career, she didn’t want her family there because she wanted to do her job and get paid to be a model not a Jenner.

Yes Pepsi had poor taste, stole the idea and profited off of a civil issue; however, Kendall would have received a paycheck for her job even if it was PETA asking her to do it. But enough about Kendall because that is not the point.

As a black woman, I want to stand up for all the white women in America that want to support us but can’t because of examples such as this. I apologize in advance on behalf of my counterparts who are going to make you feel awkward. And I apologize for your circle of people who might judge you as well. I am deeply sorry for us being sensitive about our shit and not having a play book for you to know what you can and cannot do.

The people in your community have done a lot of damage to ours and the healing process can only begin when your people acknowledge their lack of regard. When you have large corporate company such as Pepsi profiting off of our pain, it’s another setback for our community. Dare they offer a real apologize and say, “sorry to the activist of black lives matter for trivializing your movement and the black community for being insensitive to your struggle. Kendall is not to blame for a mistake our company made. We are sorry and have offered compensation and credit to the inspiration of video to commence  our respect for the courage of black live matter activists.”

………… but instead Pepsi, referring to itself in third person had this to say:

“Pepsi was trying to project a global message of unity, peace and understanding. Clearly we missed the mark, and we apologize,” the statement read. “We did not intend to make light of any serious issue. We are removing the content and halting any further rollout. We also apologize for putting Kendall Jenner in this position.”