Hillary, only egg in basket?

In politics we presume that everyone who knows how to get votes knows how to administer a city or a state. When we are ill… we do not ask for the handsomest physician, or the most eloquent one. -Plato

It’s too soon to say that the Democrats have put their eggs all in one basket but there is a small legitimate pool of real contenders. For the most part we’re considering the alternatives, Bernie Sanders and Martin O’Malley, both of whom come with great weakness.

What is the question you ask ?

What are you thoughts on the upcoming election as far as the Democrats putting all of their eggs in one basket but the Republicans are bouncing back and forth?

I think… perhaps… we are all ignoring the real issue here.

Senior citizens are witter then ever, but America is hurting by seniors that wont leave the work force to make room for millennials. If the baby boomers follow this trail, we will be in a lot of trouble. o_O It’s not only logical, but the body is not as young as it used to be at 72. We need a President who can endure long nights and early mornings. One that can rally for change and catch a flight to China immediately after. One year in office alone will age a person at triple the rate e.g Obama. I want a president I can relate too, if even a little.

My greatest concerns is with Sanders is his antiquated resume, although impressive, requires voters to do a lot of research. Unlike Hillary, he is not a household name and a lot of the work he has done occurred 2 decades ago. Around the time generation Y  was born (that was a very long time ago).

Better shot 20 years ago… BUT he #didthat in his career! 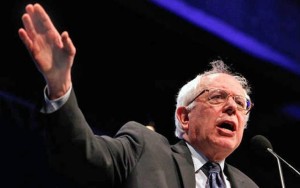 Sanders in particular is catching up to Hillary and in a recent survey among likely Democratic primary voters in the state of New Hampshire, “43 percent said they would vote for Clinton, with 35 percent going for Sanders.”

Even more frighting is Sanders losing streak in political races despite his great accomplishments.

His political journey started rough losing multiple elections for a seat in the U.S. Senate which forced him to return to writing and producing. When Sander returned to politics in 1981 as the mayor of Burlington in Vermont, he created “affordable housing, revitalizing the city’s waterfront and downtown, initiating arts, youth and women’s programs and increasing voter turnout by more than 50 percent.” After serving eight years as Mayor, Sanders ran as an Independent for a vacant seat in the U.S. House of Representatives and lost again. It wasn’t until Sanders ran in 1990 that he became the longest-serving Independent in the history of the House of Representatives.

You can read more on his bio here.

But back to O’Malley 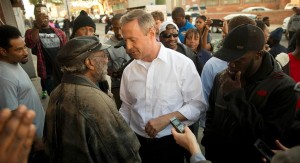 As a resident under O’Malley’s former leadership, I will say Maryland overall was a pretty packaged present with a pretty little bow.  With some of the most sought after counties among whites and blacks, the educational system is effective and the colleges down right amazing. Even the “hoods” of Maryland came with their galore. But Baltimore remained the black sheep under O’Malley’s leadership and the changes he implemented brought great temporary results.  The riot in Baltimore was the long term effect of O’Malley’s leadership.

Where statics show you that he improved the”troubled city’s” other reports such as the Baltimore Sun reported that “the Police Department made more than 100,000 arrests in a city of 640,000 people.” The people of Baltimore counted on him to find real solutions to the cities issues. Like most unqualified people who try to fix the”ghetto”, he solved #blackpeoplesproblems with “mass arrests that were part of O’Malley’s ‘zero-tolerance’ policing strategy”. The Sun added, and O’Malley ultimately backed off the policy and paid out $1 million in damages to detainees.

O’Malley came to put out the flames in Baltimore, a fire he could have stopped.

“As a leader, you are only as good as your weakest city.”

Appearing May 3 on NBC’s Meet the Press, O’Malley declared that “what’s happened in Baltimore should be a wake-up call for the entire country. . . . We have deep problems as a country, and we need deeper understanding if we’re going to give our children a better future.” O’Malley’s apparent blindness to his own culpability for the riots is astonishing.

“I don’t think there is another person in this race who has had the executive experience over the spectrum of America that I have had as mayor of a very troubled city on its back,” said O’Malley. “I saw that gap between who we think we are and who we really are as a nation.”

We are glad you saw it, and did nothing about it. Can you see that America is more troubled than Baltimore too? Can you do something or nah?

If you want to know the good he did, click here. If not, keep reading.

The Democrats broke a long strike when Obama entered office in 2008. For the most part, America was tired and reserved little interest in going down the same path to nowhere. Obama was a breath of fresh and will that plug-in starting to run low, Hillary comes a time when American is open to a woman leading this country.

“Call it the feminist in me, it’s time that woman run the house.” 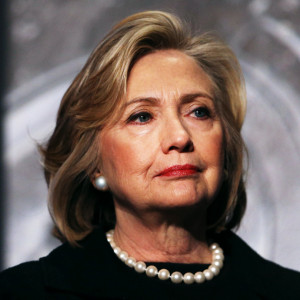 Republicans have too many eggs

I don’t know if the Republican party is trying to divided and conquer but there are entirely too many people declaring their candidacy. How can they have a front runner with average doctors and billionaires siring up the pot. The Republican party’s prospects for the 2016 presidential election seem strong, but they need to work together to identify a person that can beat Hillary. Not one they can beat.