After 7 years, celebrity blogger Necole Bitchie walks away from her blog and we aren’t stopping her. She started her blog in 2008 after losing both of her parents. Like most successful stories, her struggles included homelessness, abandonment and being broke. Now at that height of her career and achieving great success, she writes in her last blog post for Necole Bitchie the reasons why she is departing from her blog. 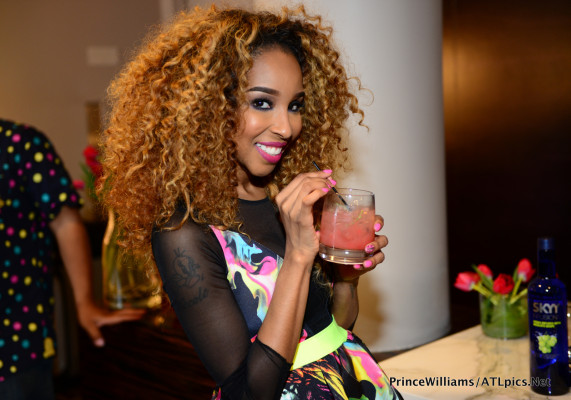 Here are 3 things we learned from Necole’s departure.

1. Never let fear crumple you, even when you are successful.

When Necole found herself up against a wall her blog became her motivation, and her bread and butter. At that time she was willing to invest the little she had in hopes of following her dreams. However, some where in her journey the dream that once made her think big, began to make her think small: “That fear was not just because I was scared to fail – but I was also scared of how great I really could be. To many people are not living their dreams because of fear.” Uniquely Necole was living her dreams but the fear she developed came from being successful. We learn from her that you can not let success stop you from thinking bigger and taking bigger risk. More importantly it’s ok to quitting after you’ve succeeded. That does not make you a failure, it makes you courageous: “but what I didn’t know was that God’s plan for me was bigger than my vision.”

2. Keep pushing forward for the other people behind you.

Necole did what many people don’t do and that’s turn their back on what made them successful. She didn’t just leave the blog, she shut it down: “I realized it was taking me awhile to get the guts to walk away and pursue my true life passion because 1) I felt as though I was being ungrateful to walk away from what has proven to be successful  and 2) I began living my life in fear.” She shutting the show down to rebuild herself into something not just bigger but better. And with her departure comes the opportunity for new bloggers (raises hand) to pursue their passion. That may have not been a motivating factor but like a pageant queen, she passed the crown to the next deserving lady ( or male).  In in real life, no one want to pass the crown. I call this the Beyonce affect where topping your best becomes a drug. Successful people should do this more often and make way for the little people: “Standing at the top of a mountain, feeling accomplished and at the top of your game is cool, but in order to climb another mountain and start a new journey, you eventually have to climb down.”

3. Build a trust within yourself that is beyond a shadow of doubt.

It took Necole almost a year to commit to shutting down the blog:”Eventually, I began feeling like I wasn’t doing enough and I would never reach my goals. I felt stuck! I felt boxed in! No matter how much success people thought I had, or how many pageviews our stories generated, I felt as though I was regressing.” In situations like Necole’s, people will discourage you from leaving your box. In such cases you have to be able to trust yourself. When making difficult decision you’ll need that unshakable trust:“Honestly,  it was hard for me to be a source of inspiration when I’m enslaved in my own struggle…I had to go back to fixing me first.” You have to have a health relationship with yourself in order to trust your instincts. No one else is walking in your shoes and the decisions you make are ones that you have to be proud of. As long as you, she and her agree with it, go for it.

I read a book by Tyrese ( I know, he wrote a book) called ” How to Get Out of Your Own Way.”  In the book he takes you through his journey and teaches you how to overcome yourself. If you’re in your own way, fix that first and everything else will fall into place.

Cheers to no longer being complacent and challenging ourselves to do more.

We wish Necole the very best and thank her for being courageous.