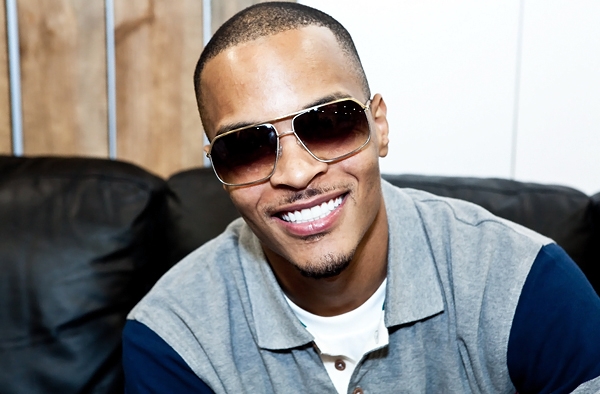 I’ll share this story because bathroom chatter can be so profound. I was in in the sauna and started a conversation about a woman being the president. The lady respond saying, “Don’t ask me if I can be President, I make presidents.”#PAUSE But then rapper T.I. told Sirius XM’s DJ Whoo Kid his thoughts on Hillary Clinton’s 2016 presidential run, he had this to say:

Not to be sexist but, I can’t vote for the leader of the free world to be a woman. Just because, every other position that exists, I think a woman could do well. But the president? It’s kinda like, I just know that women make rash decisions emotionally — they make very permanent, cemented decisions — and then later, it’s kind of like it didn’t happen, or they didn’t mean for it to happen. And I sure would hate to just set off a nuke. [Other leaders] will not be able to negotiate the right kinds of foreign policy; the world ain’t ready yet. I think you might be able to the Lochness Monster elected before you could [get a woman].

Look, I had to read this quote a couple of times. Nonetheless, I came to the conclusion that I am sure T.I. has no idea how to negotiate foreign policy. To be quite obvious, no decision in the White House in made alone.  But don’t worry, just like irrational women, T.I. later changed his opinion. On October 13th 2015 at 12″35pm, T.I. twitter via @Tip

My comments about women running for president were unequivocally insensitive and wrong. I sincerely apologize to everyone I offended.

Seriously, T.I. kills me with these “BIG” words. #rightclick #synonyms Needless to say, it’s unfortunate that as a father, he would tell his daughter that she is not man enough to be the president.  But wait for it! T.I. said Donald Trump is the “best showman” in the field and expressed confidence in The Donald’s ability to use his business acumen to help the American economy.

“But you know, his racist remarks and all of his off-color statements and all that s**t,” he said, “it makes it impossible to be completely supportive of him. But just knowing what he’s done for business for himself, if he intends to do that for America, it would be beneficial. But I can’t cash no vote for him.”