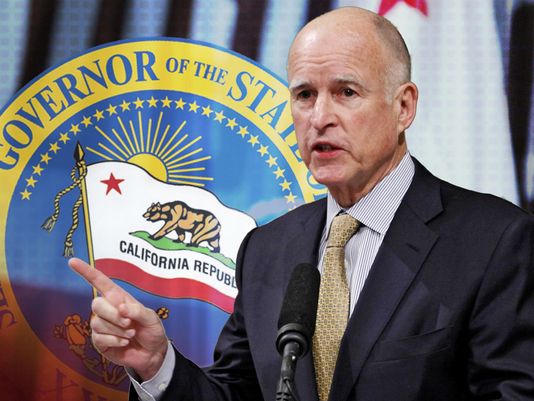 California is a blue state that controls 55 Electoral College votes. Just recently, Gov. Jerry Brown signed a bill that automatically registers residents of California to vote at the DMV. According to the law and a report by the Washington Times, “The New Motor Voter Act automatically registers to vote all eligible voters when they obtain or renew their drivers licenses at the Department of Motor Vehicles instead of requiring them to fill out a form.” While this bill is a great leap toward convenience, it comes with the alarming possibility that millions of California’s illegal immigrants could get the opportunity to vote.

California has been blue for a while…

Those who have criticized the law labeled it a complete voter fraud. Stephen Frank from California Political Review issued a statement saying, “A.B. 1461 assures corruption of our elections. Our elections will look like those of Mexico and other corrupt nations and honest people will stop voting, since illegals will out vote them.” Likewise, Linda Paine of the Elections Integrity Project commented, “Citizens must oppose this treasonous attempt to turn California into a form of government that gives control to non-citizens.”

Such obvious concerns are negated by California’s Secretary of State, Alex Padilla, who says, “Citizens should not be required to opt in to their fundamental right to vote. We do not have to opt in to other rights, such as free speech or due process. The right to vote should be no different.” The bill’s incentive makes sense when Census data reports only 153 million Americans are registered to vote from among the 215 million citizens over the age of 18 who are eligible. Of those 153 million people, only 133 million people voted in the 2012 presidential election. In layman’s terms, more than 1 in 4 Americans are not registered to vote. State Assemblywoman Lorena Gonzalez from San Diego said, “This bill will lead to millions more registered California voters, which means more people we can talk to.”

That’s great for the Democratic Party but such a bill could completely skewing the results in to the Democratic column forever. Writer of Raw Conservative, Adam Lankford explain it best:

“It will also be the start of many other “Blue” states moving towards a similar law. We need to make it known that this hostile takeover by Illegal Immigrants cannot be allowed to continue. I am sick of the “rights” argument. If you are here illegally, you have no rights. Including the right to vote. This law is scandalous and shameful to say the least…”

Prior to Bill Clinton in 1992 the last democratic to win California was Lyndon B. Johnson in 1964 and before that Harry S. Truman in 1948.