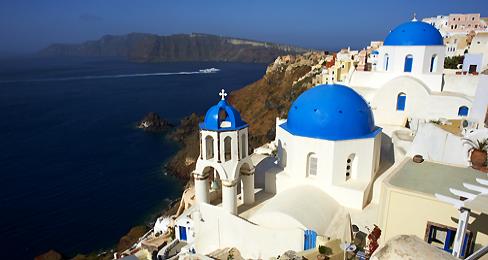 While you may  have heard of companies needing bailouts there is an entire country waiting on creditors to help to get them out of their biggest financial crisis yet. The people of Greece have been on pins and needles since their second bail out expired on June 30th. Eurogroup leaders continue to meet with Brussels to make a deal before Greece risk cashing out of the euro.

The deal Greece makes will certainly be unfavorable as German finance minister, Wolfgang Schauble, is ready to “swap Greece for Puerto.” Prime minster Alexis Tsipras does not have the best reputations and has put the country at the mercy of creditors. He comments, “Now I have the feeling we’ve reached the boundary line. From here on there is a minefield, and I don’t have the right to dismiss this or hide it from the Greek people.” Tsipras admits that he is not afriad of leaving the euro, but feared failure to get a deal with creditors would eventually lead to civil strife, “I want to state clearly, I am not afraid of Grexit,” he said, referring to the possibility of Greece leaving the euro. “I am afraid of one thing: national division and civil war.”

Tsipras received pressure from the far left Syriza party to not sign the reform plan approved by Tsipras cabinet. Tsiparas is asking for 59.47 billion to cover Greece’s debts until 2018 in return for pension overhauls, taxes increases and privations. Schauble is skeptical of Tsipras promises and insisted that he implement reform strategies before reaching an agreement. France has accepted Greece’s reform plan but Germany leads a group of counties with serious trust issues. Jeroen Dijsselbloem, the Dutch finance minister who chairs the meetings of the eurozone finance ministers known as the eurogroup, said the proposals were “extensive” but would not say whether he considered them sufficient.

Greece has received two bailouts in the last 5 years. The country’s debt to GDP ratios is %177 and the GDP has fallen %25 percent since 2010. The unemployment rate is %26 and continues to rise. Meanwhile, banks have been closed for about two weeks and cash withdrawals are restricted to $67 per day.

Greece has until July 20 to make a payment to the European Central Bank.