Basketball Wives LA, But Who Is Still Married ? 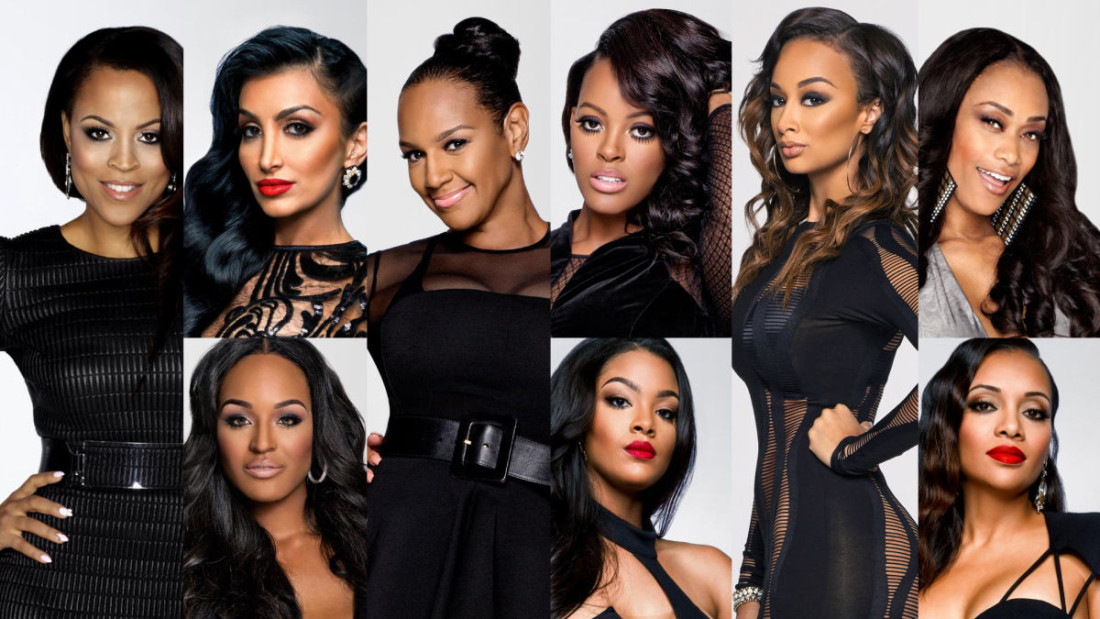 While we were busy discussing just how ratchet HipHop ATL is with sex tape lies and threesomes, we forgot about its greatest competitor — Basketball Wives LA.  The season premier of Basketball Wives LA aired Sunday at 8pm on Vh1 starring a returning cast that includes Draya Michele, Malaysia Pargo, Brandi Maxiell, and Jackie Christie.

The first episode introduces a few new faces, Patrice Curry and  Mehgan James. Yes “i slap hoes” Mehgan James from Bad Girls Club Season 9. Being a Bad Clubs Girls is never good news and will prove to be a challenge for the said classy group of black woman.

The episode starts off with Malaysia discussing her divroce, Brandi admitting relationship problems, Draya thinking her relationship is tight and Jacke Christie acting sketchy.  As for Megan, she was just lurking awkwardly in a few scenes. You watch the first episodes on VH1 for free.

The episode you can stand to pass on but the promo is one you have to see for yourself. I honestly don’t know what creator and executive producer, Shaunie O’Neal was thinking putting such volital women in the same room. But since she includes herself and cast mate Tami Roman from Basketball Wives Miami into the group of insanity, I think we can pass on the question overall.

Let us know what you think ?

Casting mehgan alone is enough to show you just how ratchet things are.

Returning from last season are Draya Michele, Malaysia Pargo, Brandi Maxiell, and Jackie Christie. WithBasketball Wives Miami Queen Bee, Shaunie O’Neal, setting up shop in LA and the addition of three hot new ladies the bar is set high for a very exciting season. Jackie brings in friend and notorious basketball girlfriend,Mehgan James. Also joining the clique are wife of player Eddy Curry and Malaysia’s friend, Patrice Curry, and Draya’s friend /fashion designer and ex-girlfriend of Tyreke Evens, Angel Brinks. With so many LA locals, Shaunie calls in old friend and outspoken Basketball Wives Miami gal, Tami Roman as reinforcement. With all these new personalities, sparks are sure to fly.

The ladies of Basketball Wives LA are back and crazier than ever. Jackie Christie is still stirring that same pot. (Your arm tired from the stirring yet, ma?) Meanwhile,Malaysia is battling personal demons, Brandi is finding her voice among these ladies, and Draya is the peacemaker. Throw in Mehgan James to spice it up with her underwear line and, dang, you have an explosive first episode of Basketball Wives LA season four.